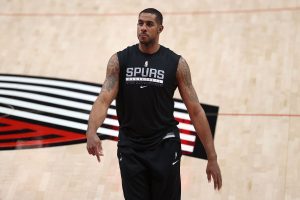 LaMarcus Aldridge and the San Antonio Spurs are parting ways. Spurs head coach Gregg Popovich told reporters on Wednesday that the team has mutually agreed to part ways with the veteran big man.

ESPN’s Adrian Wojnarowski adds that the Spurs are working on various trade scenarios with Aldridge and have already received interest.

Aldridge had been with the Spurs for the last six seasons. His numbers were down this year to 13.7 points and 4.5 rebounds in 25.9 minutes per game. Aldridge’s style of play doesn’t fit the uptempo style the Spurs are currently running, especially with a much younger roster.

Aldridge will find plenty of suitors once he hits the open market. Expect the Los Angeles Lakers and Miami Heat to be at the front of the line for Aldridge’s services. Another dark horse for Aldridge could be a return to Portland where he began his NBA career as a TrailBlazer.