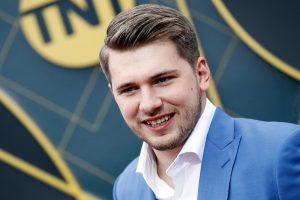 NBA phenom Luka Doncic had his Dallas Mavericks ready to cruise past the Cleveland Cavaliers on Sunday night. Although the Mavs won, Luka was tossed from the game after giving a low blow to Cavs guard Collin Sexton.

Doncic received a flagrant 2 foul as officials stated he delivered “an aggressive strike to the groin area.”

Doncic, who is one technical foul away from suspension, stated it was not on purpose to ESPN.

“After I saw the video, I knew I hit him, but it wasn’t nothing on purpose,” said Doncic. “I think that kind of stuff happens a lot in games, but I don’t know. That’s my explanation. It obviously wasn’t on purpose. It was just two guys fighting for a rebound, I guess.”

“It was just a boxout play,” Sexton said. “Usually, whenever someone is handchecking, then you punch down or swing down. It was just in the groin, but it’s all good.”

The Mavs are headed for the playoffs but will finish their season this week with games against the Grizzlies, Pelicans, Raptors and Timberwolves.