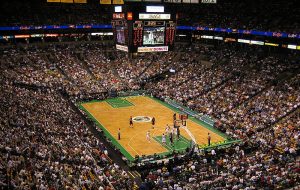 The NBA has issued a statement in response to multiple incidents on Wednesday night in which fan behavior appeared to cross the line.

In a statement on Thursday, the NBA said it will begin enforcing an “enhanced code of conduct” during the playoffs now that fans are back in arenas.

The statement came after last night incident in Philadelphia after a fan dumped popcorn on Russell Westbrook’s head after his Washington Wizards lost to the 76ers. That fan was identified and has been banned from the Wells Fargo Center indefinitely.

Another incident occurred at Madison Square Garden during the New York Knicks’ game against the Atlanta Hawks. A fan appeared to spit at Trae Young as the Hawks star was getting ready to inbound the ball.

The Knicks have identified that fan and he is currently banned from the Garden as well. While fans haven’t been to a sporting event is a while, the can’t go around acting like animals.