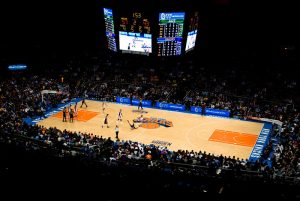 The NBA is looking to eliminate players from using unnatural shooting motion to from the game that gives certain players an advantage.

According to Adrian Wojnarowski of ESPN, further meetings have taken place on formalizing rules that would prevent players from leaning backward or sideways in a bid to draw a foul. The next step will be to discuss with league general managers what would constitute an unnatural shooting motion, and the hope is that a proposal can be adopted prior to the start of the 2021-22 season.

Wojnarowski adds that while the practice is closely associated with certain star players such as James Harden, Luka Doncic, and Trae Young, the issue is seen as “universal” throughout the league and that it benefits offenses too much.

Young responded by saying, “I saw that it blew up and everyone was talking about it. I bet if I was playing for Steve, he’d be happy. It’s something in the midst of competition that he was wanting to win, and I was wanting to win, and I’m gonna do whatever it takes. I think him wanting to get in the refs’ ears a little bit was just trying to help him. I learned a lot about drawing fouls from him. If he says it’s not basketball, he must’ve been saying it about himself because he’s done it a couple of times throughout his career and was so successful.”

Many times some of these offensive players will abuse their leverage on the court when they in reality initiate contact and get to the free-throw line. The large number of whistles blown by the refs also makes for a slower and less entertaining game. It’s still unclear exactly how the league is going to try and fix the problem, but clearly, they see a problem and are trying to come to a fair solution.

The post SOURCE SPORTS: NBA Looking to Remove “Unnatural Shooting Motion” From the Game appeared first on The Source.