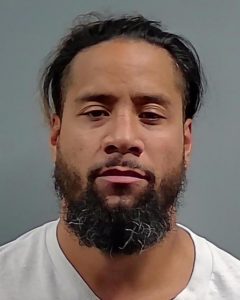 WWE Superstar Jimmy Uso, legally known as Jonathan Fatu, was arrested in Pensacola, Florida on July 5 for a DUI. According to TMZ Sports, Uso was pulled over for doing 50 mph in a 35 mph zone.

The star currently performs alongside WWE Universal Champion Roman Reigns, to which he is related.

Once Uso was pulled over, officers stated they smelled alcohol and ordered him out of the vehicle. Off-balance, Uso told the officers he had “multiple” beers before beginning his drive. He failed sobriety tests blowing .202 and .205, much higher than the legal limit of .08.

Uso was still in jail as of this morning with a $500 bond.