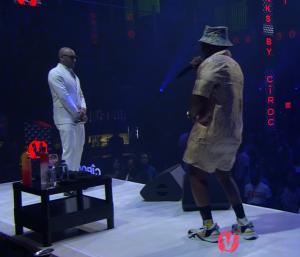 During their rematch VERZUZ battle, Swizz Beatz and Timbaland went into their extensive catalogs and delivered heat to the fans in Club LIV and at home.

One of the standout moments of the night was the extended version of DMX’s “Bath Salts” single. The track already had the internet buzzing as JAY-Z and Nas joined the late rapper but a new edition with J. Cole was played during the battle.

“Talk to em J. Cole!” Swizz screamed as the song began and COle floated across the ebat.

You can see the preview below.