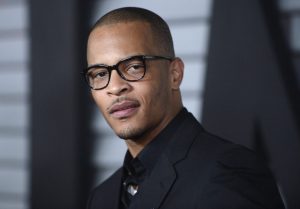 T.I. and his wife Tiny have been fighting sexual assault allegations for some time now after at least thirty women stepped forward claiming to be drugged and raped by the couple. The case that was built against the Atlanta couple has been dropped, however, the case in Los Angeles remains open.

T.I. and Tiny deny the accusations and even spoke briefly about them on his latest single “What Its Come To.” The single will now be a part of the Atlanta rapper’s final album, Kill The King.

In the past, the rapper has expressed his desire to step away from the music industry, but now it seems as though he is actually preparing to do so. At the end of his music video for “What It’s Come To,” TI shares a glimpse of the new album cover with fans with the words “Coming Soon” over the album cover.

What do you think TI will talk about on this new album? Will he pass the baton to his son Domani to continue his legacy in the rap game? Check out the video to “What Its Come To” below.

The post T.I. Prepares to Release Final Album ‘Kill the King’ appeared first on The Source.