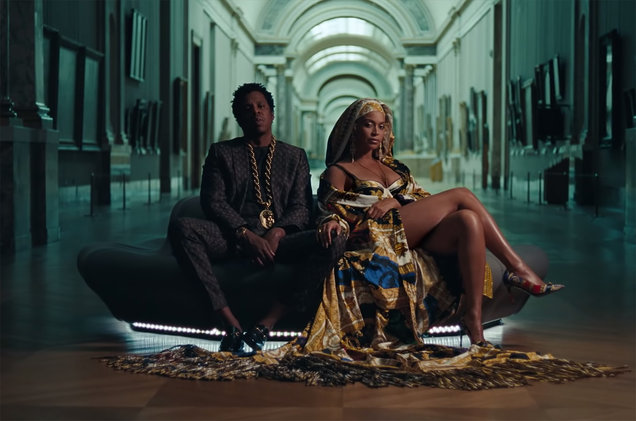 If you are JAY-Z and Beyonce and have a spare $28 million hanging around what do you do? How about buying a car. The Carters have reportedly commissioned the world’s most expensive car.

The new Rolls-Royce hasn’t been confirmed to belong to The Carters, however, the company did reveal the Boat Tail convertible is for an undisclosed client and includes a rear deck with a dinner set, parasol, rotating cocktail tables, and a double refrigerator, Page Six reports.

The vehicle is described to be able to keep “the clients’ favorite vintages of Armand de Brignac” at “precisely six degrees.” The clients, wink wink.

“It’s thought this fantastic car has been commissioned by Beyoncé and Jay-Z with all its detailing matching their favorite things,” The Telegraph detailed.

In addition, the car will come with two-sided Bovet 1822 timepieces that can be worn or placed in the car.

You can catch a preview of the car below.

The post The Carters Reportedly Purchase $28 Million Rolls-Royce appeared first on The Source.