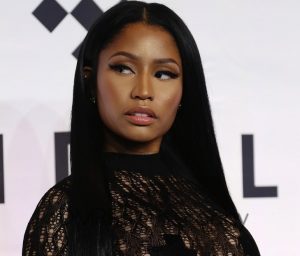 The mother of Nicki Minaj files a $150 million lawsuit after the death of her husband.

The father of Nicki Minaj passed away after the hit-and-run accident on February 12, 2021. In addition, on Friday (March 19), attorneys for Carol Maraj filed the suit in the Supreme Court of the State of New York.

“He was fatally injured in a hit-and-run accident on February 12, 2021, when he was struck by a car being driven by Charles Polevich as Mr. Maraj walked along a Long Island road. After striking Maraj, Polevich left the accident scene and did not call for emergency services or render aid to Maraj.

Polevich, 71, turned himself in to law enforcement on Feb. 17. Afterward, he was charged with two felonies; leaving the scene of an accident that led to death and tampering with or suppressing physical evidence. Police say after striking Maraj, Polevich walked over to him, asked if he was OK. Afterward, Polevich then fled the scene. Also, he allegedly concealed his Volvo in a garage at his house. https://www.instagram.com/p/CMnVr60DG9j/?utm_source=ig_web_copy_link

Currently, Polevich has pleaded not guilty and is free on a $250,000 bond.

“My client empathizes with the family. The question of whether there was negligence and degrees of negligence will be determined by the court. The $150 million amount seems to be over the top.” Polevich’s attorney, Marc Craig Gann, told TMZ.

Furthermore, Nicki Minaj, who had a strained relationship with her father, has yet to publicly comment on her father’s death. Stay tuned for more updates.

The post The Mother of Nicki Minaj Files $150K Lawsuit Against Hit-And-Run Driver appeared first on The Source.