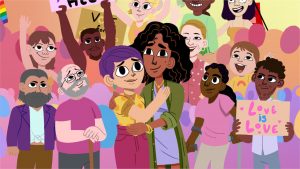 Each episode has unique songs produced by various artists that encourage viewers to learn the basic rights of citizenship. Each episode and details are listed below. Click here to watch the series.

The Bill of Rights

The Three Branches of Government

The Miracle of Morning

The post The Obama’s ‘We The People’ Series Now Available On Netflix appeared first on The Source.