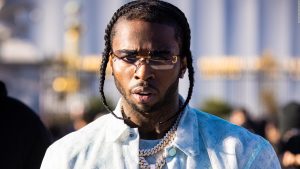 The parents of Pop Smoke‘s murder defendants are requesting to meet with the late rapper’s parents.

“The Walker family has asked me to contact the victim’s family so that they might speak privately. I hope to reach out to the family soon,” defense attorney Christopher Darden said.

But Darden made it clear that the Jackson family is hesitant to speak to the family of the 20-year-old who was connected to Pop Smoke’s murder.

“They might need time. I will also understand if the family is not inclined to have that conversation. Everything we have done and said has been done and said while keeping in mind the great respect we have for the victim and the victim’s family.”

The slain rapper’s mother, Audrey Jackson told the outlet, “This is new information to me. I’ll have to learn more. I’m working on a lesson plan right now. That is my focus. I really can’t say.”

Do you think a private meeting with the families would bring some sort of closure?

The post The Parents of Pop Smoke’s Murderer Wants To Meet With Late Rapper’s Parents appeared first on The Source.