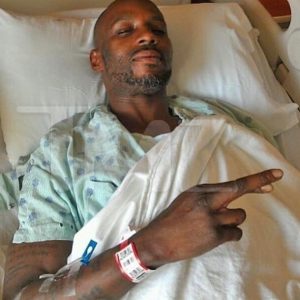 DMX has been struggling since Friday night after suffering from an overdose, experiencing a heart attack and ending up in critical condition in the ICU of the White Plains Hospital. Two days later, the Ruff Ryders Biker Gang shows up at the hospital to support and pay their tribute to their fellow Ruff Ryder.

The energy was lively, filled with loud DMX music and prayers for the beloved rapper. Journalist and reporter, Lisa Evers of Fox 5 was on scene to catch. the moment when the Ruff Ryders biker gang pulled up at the hospital. The rapper is still in critical condition but has been rumored to be taken off of life support.

The post The Ruff Ryder’s Biker Gang Shows up at DMX’s Hospital appeared first on The Source.