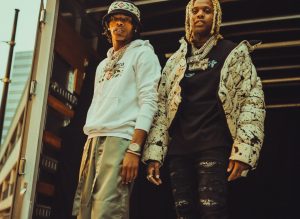 Lil Baby and Lil Durk joined forces for The Voice of the Heroes album and have officially taken over the top of the Billboard chart.

MRC Data reports the two mega stars pulled in 150,000 equivalent album units in its first week of sales. This is now the first No. 1 album for Lil Durk and the second for Baby.

The album brought in 197.71 million streams and 4,000 traditional album sales.

The Brooklyn Nets superstar played a role in the creation of the album and Lil Baby spent a considerable amount of time in Harden’s studio.

The Voice Of The Heroes is one of the year’s most highly anticipated albums, with the Atlanta and Chicago rap giants teaming up for a supercharged project that features the likes of Travis Scott, Meek Mill, Young Thug, and Rod Wave.

If you have been slow to tap in you can do so below.

The post ‘The Voice of the Heroes’ Claims the Top Spot of the Billboard 200 appeared first on The Source.