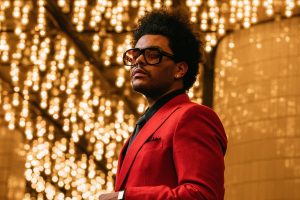 The Weeknd is grabbing the blockchain bag.

Most recently, the star unveiled his plans to share unreleased songs and limited edition artwork by way of non-fungible tokens (NFTs).

He’ll be teaming up with Nifty Gateway to hold a sale for two items. One of which is a previously unreleased track, which will not be made available by The Weeknd on any other platform. The other part will include visual art, designed in tandem with Strange Loop Studios.

“Blockchain is democratizing an industry that has historically been kept shut by the gatekeepers,” The Weeknd said in a statement. “I’ve always been looking for ways to innovate for fans and shift this archaic music biz and seeing NFT’s allowing creators to be seen and heard more than ever before on their terms is profoundly exciting. I intend to contribute to this movement and can see that very soon it will be weaved into the music industry’s mechanics.”

Abel follows in the rather lucrative steps of other artists who have similarly tapped into the NFT marketplace with the likes of Wu-Tang Clan and even Post Malone notably collecting a major payday by way of limited edition digital goods.

The post The Weeknd to Sell Unreleased Song & Artwork as NFTs appeared first on The Source.