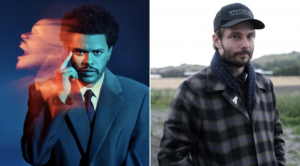 The Weeknd will be hitting the TV screen in a new HBO drama series being developed by Sam Levinson. According to Deadline, HBO is developing The Idol, which Abel Tesfaye, would star in, co-write and executive produce.

Levinson, who also created Euphoria, co-created the series with Tesfaye and Reza Fahim, a former nightlife entrepreneur-turned-writer who is also The Weeknd’s producing partner.

Deadline reports, the series will follow a female pop singer who starts a romance with a Los Angeles club owner who is the leader of a secret cult.

The post The Weeknd To Star In New HBO Series appeared first on The Source.