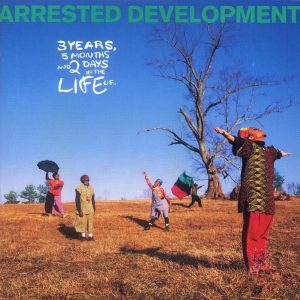 Along with having a largely positive critical reception, 3 Years, 5 Months and 2 Days in the Life Of… was commercially successful. The album peaked at #3 on the Top R&B/Hip Hop chart, #3 on the UK Albums chart and #7 on the Billboard 200 chart. The project’s singles ” Everyday People,” “Tennessee” and “Mr. Wendal” were all top 10 hits in the United States.

The post Today in Hip-Hop History: Arrested Development Dropped Their Debut Album ‘3 Years, 5 Months and 2 Days in The Life Of…’ 29 Years Ago appeared first on The Source.