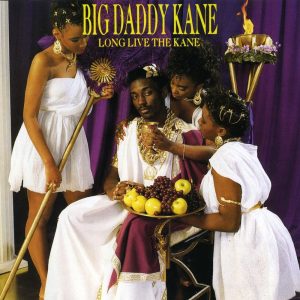 Produced exclusively by behind the boards legend Marley, Long Live The Kane was the highly anticipated first full length project of then Brooklyn newcomer King Asiatic Nobody’s Equal. This Source Five Mic Classic was also named one of our Top 100 Best Rap Albums. This album is one of the most influential projects of its era, which is affectionately called the “Golden Era” and shares the spotlight with EPMD’s Strictly Business, Slick Rick’s The Great Adventures Of…, and MC Lyte’s Lyte As A Rock.

Tracks such as “Ain’t No Half Steppin’”, “Raw”, and “Just Rhymin’ With Biz”(who initially introduced Kane to the game), were just a few of the gems on this timeless classic that will forever be ethced in the minds of Hip Hop aficionados.

Salute to Kane and company for giving the fans this solid, flawless piece of Hip Hop history!