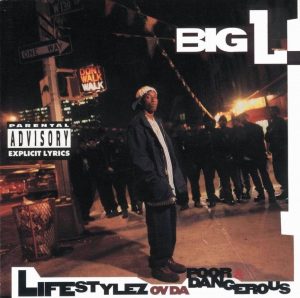 On this date twenty six years ago, Big L dropped his debut and only full-length studio album Lifestylez Ov Da Poor And Dangerous on Columbia Records.

Aside from, eloquently stated by The Source Magazine at the time, “[coming] with ill animated lyrics, combined with metaphors that stun; a combo sure to have suckas on the run,” Big L also ushered in two emcees that are very prominent in the culture today: a then-unknown Killa Cam and a semi-established Jay-Z.

Produced primarily by the legendary Lord Finesse with Showbiz and Buckwild on the help out, this was definitely a Diggin’ In The Crates album. According to “Funky Technician” Lord Finesse, who had a hand in some of the album’s production, in an interview commemorating the album’s 15-year anniversary, he said this about the posse track “8 Iz Enuff”, “With that [song] L just thought he had to do a track with the rappers from his hood. And he definitely wanted to put on [those particular emcees]… We looking like, ‘How you gonna put eight niggas on one track?’ [And he was like], ‘Don’t worry, I got this.’”

He definitely had it too.

Unfortunately, Lifestylez Ov Da Poor And Dangerous would be the only album released by L in his life as he was fatally shot in Harlem in 1999.

Salute to Big L kaka Lamont Coleman(RIP), Lord Finesse, Jay-Z, Cam’ron, Grand Daddy I, U and everyone else who helped make this album a piece of Hip Hop history!