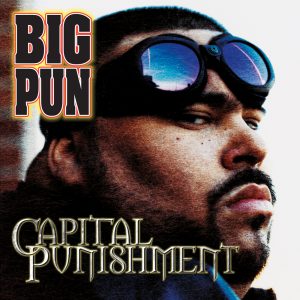 23 years ago on this date, Christopher Rios aka Big Punisher put out his first LP, Capital Punishment, on Loud Records.

Released by Fat Joe and the Terror Squad on Loud Records, Pun’s highly anticipated album showcased Pun’s unequaled lyrical ability, comedic punchlines, and his ever-evolving style that his son Chris Rivers has inherited from his pops.

Album highlights include joints like “You Ain’t A Killer”, “Super Lyrical” featuring The Roots’ Black Thought, and the platinum-selling album that propelled the album to a million sales, “Still Not A Player”.

Salute to Fat Joe, the Rios family, the Terror Squad and the entire Loud staff for this classic!