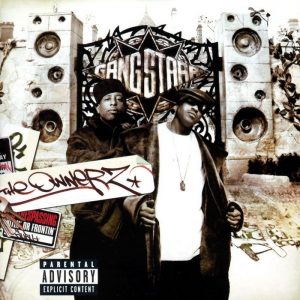 On this day in Hip-Hop history, prolific rap duo Gang Starr released their sixth and final studio album The Ownerz. Coming off of a five-year hiatus, the success of this project served as the perfect farewell to one of Hip Hop’s most acclaimed tandems.

Usually, an artist’s final album is a painful opus of a career that once was, never to be as successful as the work that came prior. For Gang Starr and The Ownerz, this was not the case. Although the rap game had changed considerably since the groups 1989 debut, this project came hard as ever, critiquing and ridiculing artists and radio DJs of the era, stating their claim as “owners” of the culture. Guru, who had never been considered the best rapper on the East Coast, made sure his presence was felt through his delivery on this particular LP. His newly tightened flow coupled with his vivid imagery and storytelling come together to create an angry, intellectual sound missing in the early 2000s. DJ Premier also showed that he had a few tricks left up his sleeve with the production of this album. It became obvious that although he had been actively producing for many artists, he had saved his best work for this grand finale of an album.

Commercially, this album was quite successful. The LP made chart appearances in the Netherlands, Finland, France, Germany, Italy, Sweden, Switzerland, the UK, and the US where it peaked at #18 on the Billboard 200 chart.

This was Guru and Premier’s last album together as Gang Starr, with Guru moving on with Solar and 7 Grand Records, while Premier continued to expand his production legacy. Guru succumbed to his battle with cancer in 2010, but Gang Starr’s “Chain and the Star” will live on forever!

The post Today in Hip-Hop History: Gang Starr’s Final Album ‘The Ownerz’ Dropped 21 Years Ago appeared first on The Source.