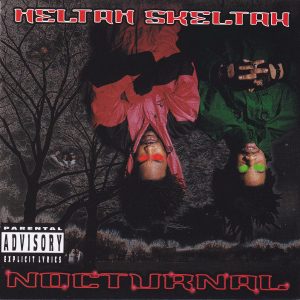 Met with critical acclaim, the album held the duo Ruck (Sean Price) and Rock as two of the strongest links in the BCC chain. Peaking at #35 on the Billboard 200 chart and #5 on the Top R&B/Hip Hop chart, Nocturnal was by far the duo’s most popular LP, gaining the entire BCC more respect and recognition in the growing New York Hip Hop scene of the mid ’90s.

The album’s lead single, “Leflaur Leflah Eshkosha” featuring OGC made chart appearances in the US and Europe peaking at #75 on the Billboard Hot 100.

Salute to Rockness, the entire Duck Down, the whole Boot Camp Clik and a special RIP salute to the one and only Sean Price! Thanks for this timeless piece of Hip Hop history!