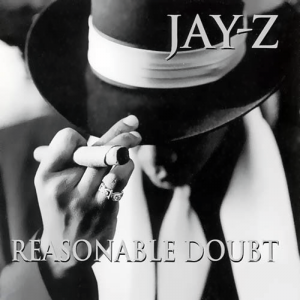 On June 25, 1996, Shawn “Jay-Z” Carter, Dame Dash and Kareem “Biggs” Burke embarked on a creative journey that has morphed into a billion-dollar movement today with the release of the Reasonable Doubt LP.

Released courtesy of their independent Roc-A-Fella imprint, Jay’s premier album was promoted and sanctioned by the streets, with previews of the album via sampler cassettes hitting the streets in the winter of 1995. The album’s first single, “Ain’t No Nigga”, featuring a then-teenage Foxy Brown, was the introduction of “Jigga” to the industry that would eventually put him in the pole position of the rap game.

Other unforgettable tracks from one of the prototype LPs of the “mafia rap” era include, “Dead Presidents II,” “Can’t Knock The Hustle,” which features Mary J. Blige, “Brooklyn’s Finest” with the late Notorious B.I.G. and the introduction of Marcy young gun Memphis Bleek on “Coming Of Age”.

All-star production from the likes of DJ Premier, Irv Gotti, Ski and Clark Kent propelled the album along with Jay’s common street ethics surgically placed melodically on the beats.

Salute to Jay, Biggs, Dame, Pain In Da Ass and the rest of the old Roc-A-Fella staff for this timeless classic!