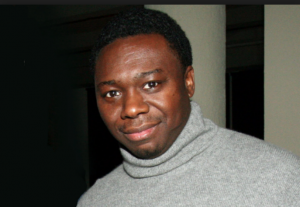 In 2014, James “Jimmy Henchman” Rosemond was convicted of the murder of a G-Unit affiliate, but the following year, the feared Hip Hop exec received two consecutive life sentences for ordering a hit on one of 50 Cent’s former associates, Lowell “Lodi Mack” Fletcher in 2007.

Rosemond ordered a hit to retaliate on Lodi weeks after his release from prison in September of 2009 although Tony Yayo and “Lodi Mack” were both convicted for the attack.

For his part in the attack on Jimmy Henchman’s son, G-Unit artist Tony Yayo only received 10 days of community service in comparison to Lodi’s two-year sentence.

Following his sentencing, Rosemond wrote an open letter to AllHipHop.com to speak on his trial, the accusations, and his murder conviction:

“This is America! I want to apologize to my family and my support system. Most importantly, to my son; When I asked you to intern as a 14 yr old at my office it was because I wanted you to see your father working and have a strong role model. I wanted you to look up to brown and black people in boardrooms rather than in the streets. I was proud of the work I was doing. I never thought when I sent you on that errand, you would be surrounded and assaulted by 50 Cent and four G-Unit grown men with guns for wearing a T-shirt…”

He continued on to claim systematic racism in the criminal justice system and to maintain his innocence.