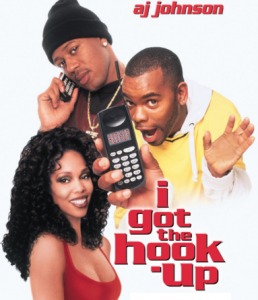 On this day in 1998, Master P’s No Limit imprint followed up their 1997 silver screen debut I’m Bout It with their sophomore effort I Got The Hook Up starring Master P and comedian AJ Johnson, who played Ezell in the cult classic flick Friday.

I got the Hook Up zeroes in on two street hustlers, Black and Blue(Master P and AJ Johnson), who sell “liberated” televisions and radios until the duo stumbles upon a shipments of cell phones, which needless to say, brings the two petty crooks more trouble than they bargain for. IGTHU also stars Tommy “Tiny” Lister Jr., Helen Martin, John Witherspoon and other members of the No Limit army including Silkk The Shocker, C-Murder, Mia X and Mystikal.

Salute to the entire Miller clan, AJ and Rest In Peace to Helen Martin, John Witherspoon and Debo(Tommy Lister Jr.)

The post Today In Hip Hop History: Master P/No Limit’s ‘I Got The Hook Up’ Premieres In Theaters 23 Years Ago appeared first on The Source.