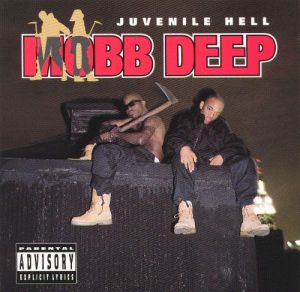 Dubbed as one of the most acclaimed East coast rap duos of all time, MCs Havoc and Prodigy came together to release their first album, Juvenile Hell on this day, April 13, 1993. Hailing from Queensbridge in New York City, Mobb Deep was rather young when they released their first album, at the early age of 19.

At the time of its’ release, Juvenile Hell wasn’t received on groundbreaking levels. The new sound of the duo was too hardcore for some, very street-oriented, and the album provided one major single entitled “Hit it from the Back”; which peaked at 18 on the Billboard Hot Rap Singles chart that same year. It wouldn’t be until later that Mobb Deep would become a Hip Hop classic and household name. In time they have gained longevity with their sound inspiring practically all other east coast rappers of their caliber. Had it not been for their first album, and their street poetry over tracks produced by the likes of DJ Premier and Large Professor, the map would never have been drawn for much of the major East Coast sound.