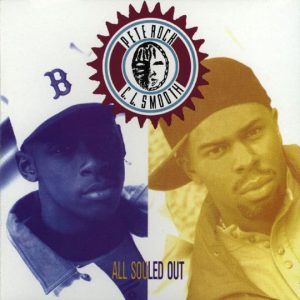 Thirty years ago today [June 25], Pete Rock and C.L. Smooth unleashed their 1991 debut EP, All Souled Out, to critical acclaim. All Souled Out was a precursor to their official Elektra Records debut 1992’s Mecca and the Soul Brother.

All the rapping on the album is performed by C.L. Smooth with the exception of “The Creator,” which is a a Pete Rock solo track. A deluxe edition of All Souled Out was released on February 18, 2014 on Traffic Entertainment Group, featuring the original six EP tracks, along with remix and instrumental versions of “The Creator” and “Mecca & the Soul Brother.”