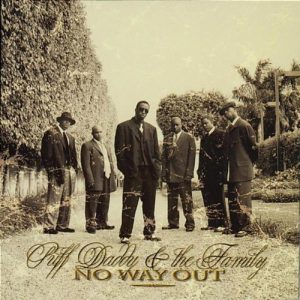 On this date in 1997, the Hip Hop mogul formerly known as Puff Daddy, put an album together with the entire Bad Boy Hip Hop roster and dubbed them “The Family” and released the label’s only collaborative effort, Puff Daddy and The Family’s No Way Out on the Bad Boy imprint.

Less than a year after the untimely death of the Notorious B.I.G., Diddy, who was then known as “Puff Daddy”, along with Ma$e, Black Rob, Loon and a few other Bad Boys for this monumental album.

The Grammy Award winning album went platinum in one year’s time with the help from tracks like “All About The Benjamins (Remix)”, “Been Around The World” and “I’ll Be Missing You” featuring Phil Collins, dedicated to the late executive producer of the album and co-architect of the Bad Boy legacy, Notorious B.I.G.

The post Today In Hip Hop History: Puff Daddy And The Family Released Their Only Album ‘No Way Out’ 24 Years Ago appeared first on The Source.