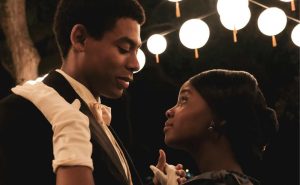 If Beale Street Could Talk Director, Barry Jenkins, full-length trailer for Amazon’s upcoming limited drama series, The Underground Railroad is here. The highly anticipated historical drama will premiere on May 14 with a 10 episode order.

Jenkins reteamed with Moonlight producers (Brad Pitt’s) Plan B, and Adele Romanski, to adapt the Colson Whitehead novel, which tells the story of a young enslaved woman’s adventures as she makes a desperate bid for freedom in the antebellum South.

Here’s the Amazon logline: The limited series chronicles young Cora’s (Mbedu) journey as she makes a desperate bid for freedom in the antebellum South. After escaping her Georgia plantation for the rumored Underground Railroad, Cora discovers no mere metaphor, but an actual railroad full of engineers and conductors, and a secret network of tracks and tunnels beneath the Southern soil.