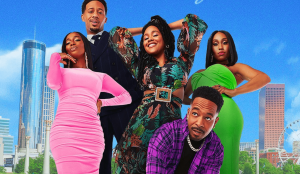 As originally exclusively reported on Shadow and Act, BET+ just dropped the Bigger Season 2 trailer, and the group, fans know, and love is back in action.

Bigger was created by Felischa Marye, a writer from 13 Reasons Why said “the story continues about the close-knit group of 30-somethings navigating love, friendships and career ambitions. Season two catches up three months after the big arrest. Is the gang still thriving or frontin’?”

Check out the trailer below:

The post Trailer Alert: ‘Bigger’ Season 2 Is Back and Bigger Than Ever Before appeared first on The Source.