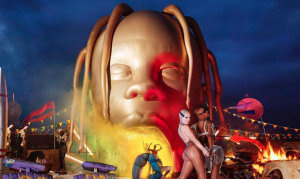 The festival has been expanded to two days and will be on November 5th and 6th at NRG Park in Houston.

The announcement comes just in time for the rapper’s 29th birthday and he has already been announced as the headline performer. The rest of the lineup will be announced later.

Travis Scott Is gearing up to release his Utopia album which is the follow-up to his 2018 critically-acclaimed AstroWorld album.

A release date for Utopia has not been yet announced.

Tickets go on sale on May 5th. A portion of proceeds will be donated to Cactus Jack Foundation, Scott’s nonprofits organization that works to enrich the lives of youth through access to education and creative resources.

AstroWorld grew into the largest single day artist-curated Festival in the country.

Watch the trailer for this year’s festival below: