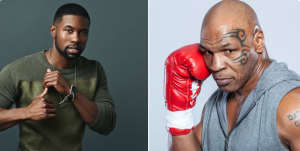 Tyson called for the boycott of the Disney-owned series accusing them of “culture misappropriation” and calling the announcement during Black History Month “tone deaf.”

“Hulu’s announcement to do an unauthorized mini-series of the Tyson story without compensation, although unfortunate, isn’t surprising,” Tyson wrote on Instagram. “This announcement on the heels of social disparities in our country is a prime example of how Hulu’s corporate greed led to this tone-deaf cultural misappropriation of the Tyson life story.  To make this announcement during Black History Month only confirms Hulu’s concern for dollars over respect for black story rights.”

Another issue the Brooklyn native might have with Iron Mike is that he’s gearing up to tell his own story with Tyson, which is executive produced by himself and stars Jamie Foxx. Antoine Fuqua was tapped to helm the project.

“I have been looking to tell my story for quite some time,” Mike Tyson said. in a statement. “With the recent launch of Legends Only League and the excitement from fans following my return to the ring, now feels like the perfect moment. I look forward to collaborating with Martin, Antoine, Jamie, and the entire creative team to bring audiences a series that not only captures my professional and personal journey but also inspires and entertains.”

Although Mike isn’t happy about it, Trevante Rhodes will star in Iron Mike. Are you tuning in?

The post Trevante Rhodes To Star as Mike Tyson in ‘Iron Mike’ Hulu Series appeared first on The Source.