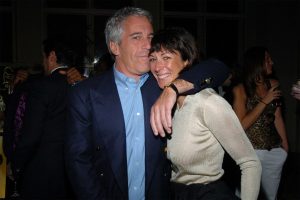 When Donald Trump was leaving office he unleashed a slew of pardons for notable names including Lil Wayne and Kodak Black. One name he also considered was Ghislaine Maxwell, who Trump was said to have developed a “sudden interest” in.

Newsweek details the revelation is in the new book, Landslide: The Final Days of the Trump Presidency, written by Michael Wolff, that details Trump was worried about being mentioned in the sex trafficking ring of Juan Epstein.

“One ‘oh, s***’ moment involved his [Trump’s] sudden interest in Ghislaine Maxwell, the former girlfriend of Jeffrey Epstein now facing years in prison over allegations of her role in the Epstein sex-abuse scandal,” an excerpt details.

They detailed Trump was concerned if he would be included and detailed that he thought about pardon power removing any worry from his life.

Jeffrey Epstein’s former companion Ghislaine Maxwell was arrested last July. Her charges and arrest come a year after the arrest of Epstein. The Southern District of New York continued to investigate the associates of Epstein after his suicide in the Metropolitan Correctional Center in lower Manhattan.