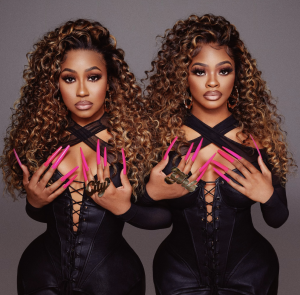 The City Girls are back with their newest summer single “Twerkulator“. The highly anticipated song samples “Planet Rock,” the 1982 song by Afrika Bambaataa & The Soulsonic Force.

In addition to dropping the official audio, the rap duo released a visual showing behind the scenes footage of the ladies at a photoshoot.

The release of this song was a long time coming for loyal City Girls fans. While some are excited for the new single, others have mixed feelings. See how they’re reacting to the rap duos latest drop.

When a snippet of Twerkulator hit the TikTok scene, it quickly gained popularity. Largely because of the viral dance created by “layzchipz”. The “cute little dance” received 1.4 million likes. The previously unreleased song’s sound on TikTok had nearly 946.7k videos made.

Once the song became popular, fans were questioning when they could get their hands on a full song. Many were disappointed to find out the song hadn’t been cleared.

To their fans surprise, The City Girls announced the song would be indeed coming out.

“Thank you to our team for fighting hard, now we can shake a** this summer.” wrote JT.

Now, Twerkulator is available on all music streaming platforms.