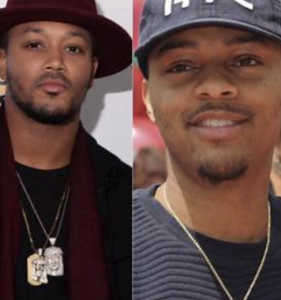 There might be a Verzuz battle between Shad Moss AKA ‘Bow Wow’ and Romeo Miller in the works. In a recent episode of FOX Soul’s The Mix, former child rapper Romeo Miller seemingly called out Moss for a battle.

“You know, I gotta say, I love this and y’all’s Verzuz. It really showed the light and it really showed that nothings wrong with friendly competition. Baby, this is what the sport is about. This is what the game’s about. This is what makes us better. And y’all actually inspired me. Imma put this out there, if Bow Wow do a Gotda** battle and it’s not with me, don’t do it. I’m just saying, so if Bow do a battle, I’m open for it.” said Romeo.

Wednesday May 12, the hosts of The Mix, were joined by Tameka “Tiny” Harris for a special Verzuz episode. The Xscape member discussed her thoughts on her recent Verzuz battle with SWV, and the possibility of a tour with the two r&b groups. When Miller brought up the possibility of a face off between Miller and Moss, Tiny and the rest of the hosts agreed.

Three days later, Moss responded on Twitter. According to the tweet, Moss is ready for the battle.

“You sure you want this smoke? I see you calling me out. You sure this what you want to do?” wrote Bow Wow.

As soon as the former child rapper tweeted his response to the call out, social media users went crazy. Take a look at what some Twitter users had to say.

The post Twitter Reacts To The Possibility Of A Verzuz Battle Between Bow Wow & Romeo Miller appeared first on The Source.