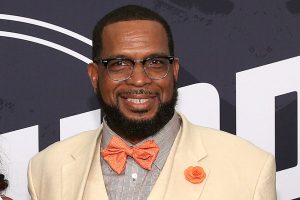 2 Live Crew will bring in JAY-Z and LL Cool J, but unfortunately, 2 Live Crew hasn’t received a nod yet. In response, Luther “Uncle Luke” Campbell hit Instagram to air our how he feels.

“Shit another year of not getting inducted to the Rock ‘n’ Roll Hall of Fame,” Luke wrote on Instagram.

Do you think the legend deserves a spot in the Hall? The induction ceremony will be on Oct. 30 at the Rocket Mortgage Fieldhouse in Cleveland.

Last year, Swirl Films announced that they have secured the life rights of rapper, entrepreneur, and activist, Luther “Uncle Luke,” Campbell. The partnership allows both parties to produce and develop scripted and unscripted projects highlighting Cambell’s massive and lasting influence.

In 1990, Uncle Luke & 2 Live Crew’s Banned In the U.S.A. album was the very first to receive the RIAA’s Parent Advisory sticker. His efforts is at the core of why artists, especially in Hip-Hop can remain free of expression in their music. In 2017, Campbell accepted the “I Am Hip-Hop Award” at the BET Hip Hop Awards.

The post Uncle Luke Sounds Off on 2 Live Crew Not Being Selected for the Rock ‘n’ Roll Hall of Fame appeared first on The Source.