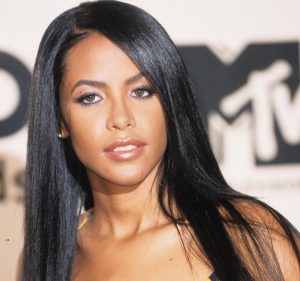 Kathy Iandoli wrote an in-depth biography about the life of Aaliyah and fans are going to learn some never-before-heard stories about her life.

The Shade Room reported a bombshell about the story behind the singer’s smash hit “Are You That Somebody” according to an excerpt from the book, Baby Girl: Better Known as Aaliyah.

The track was featured on the Dr. Dolittle soundtrack and Baby girl only had 12 hours to crank it out with Timbaland.

The producer didn’t want to do the record under such short notice but they were paid $400,000 for it according to the book.

As many fans know, Static Major wrote the lyrics but what we didn’t know was that the song was originally written TO the late singer.

“‘They were definitely an item,’ Static’s mother, Edith Garrett Raymond confirmed in the biography. “Aaliyah was crazy about him. He brought Aaliyah to my wedding,” she continued. “That was a big deal because [her parents] didn’t let her go places.”

Ms. Raymond confirmed that the frequent collaborators dated from 1997 into 1998, and although their relationship was a secret from Aaliyah’s uncle, Barry Hankerson, they were open to their parents.

“Aaliyah wasn’t a fan of the song on the first listen, despite the autobiographical undertone. Still, she recorded it, and of course it was perfect,” the book says. “…Once Aaliyah’s vocals were laid down (along with Timbaland’s and Static’s), Timbaland came back to put on the finishing touches, which were some more beat layers and his now-famous ‘Dirty South’ intro.”

The origin story of “Are You That Somebody” and Aaliyah and Static Major’s secret relationship were one of many topics raised.

Do you plan to cop it?