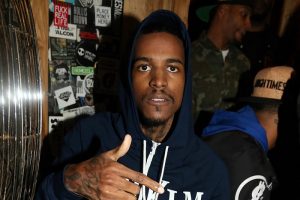 Social media users have been referring to Chicago rapper Lil Reese as the Grim Reaper since hearing of the news that the rapper has fortunately survived a shooting just yesterday afternoon. The 28-year-old was grazed in the eye by a bullet and transported to Northwestern Memorial Hospital where he was said to be in critical condition.

Recent reports show that Lil Reese is now in stable condition after a post to his Instagram at 5:50 PM with the words “God is great [praying hands emoji].” The two other individuals who were also shot in the dispute involving an alleged stolen car were ages 20 and 27. The 20-year-old male is said to be in good condition after suffering two shots to the knee. The 27-year-old male is reportedly still in critical condition after being shot multiple times in the body.

This would make the second shooting in a two-year time span that Lil Reese has survived. In November of 2019, the rapper was shot in the neck by an AK-47, leaving him to be unable to properly speak during his recovery.

People like Tekashi 69 took no time to troll on social media, making several posts, once the video of the shooting circulated the internet.  “Pray for him, he stole the wrong person car today,” one of the posts said.

At this time, Reese’s manager asks to keep the rapper in our prayers as he continues to recover. Check out the posts below.