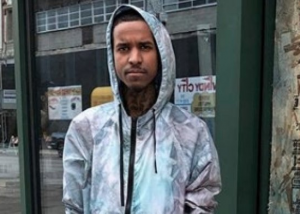 According to several confirmed reports, Lil Reese was one of the occupants in the stolen car when shots rang out in a Chicago parking garage this past weekend and left the Chicago music mainstay with life threatening injuries.

Police reports have stated that a man was tracking down his son’s stolen vehicle and when he found the vehicle, he confronted the occupants. The 55-year-old got into a heated exchange with the vehicle’s occupants, which included Lil Reese. After the back and forth between the father and the occupants, gunfire erupted.

Police have not confirmed whether or not the shooter was connected to the father and son. Guns were recovered at the scene, but no one has been placed in custody for the shooting.

TheSource.com will update this story as more details develop.

The post UPDATE: Lil Reese Was In Stolen Car Before Shooting In Chicago appeared first on The Source.