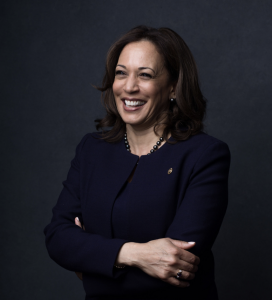 Vice President Kamala Harris will become the first VP to be immortalized in New York’s infamous Madame Tussauds Wax Museum. The announcement was made just before Harris and President Joe Biden marked their first 100 days in office. In a press release, spokespeople for the museum said they wanted to commemorate a historic role in U.S. history by honoring Harris.

“The clay heads were created by a team of studio artists based in London and represent meticulous detail captured by researching hundreds of images to achieve an exact likeness of the famous U.S. leader’s faces,” said Madam Tussauds.

According to the museum, the heads took six weeks to create and the full figures could take up to six months to complete. The wax figures will be dressed in outfits that duplicate clothing worn by the president and vice president during their inauguration ceremony.

CBS News reports, the Vice President Harris’ wax figure’s outfit will be designed by Christopher John Rogers. The same designer who who designed Harris’ now-iconic purple coat and dress worn at the inauguration.

The figures are set to be unveiled later this year and placed in the “Oval Office” experience at Madame Tussauds New York.

The post Vice President Kamala Harris Makes History As First VP With A Wax Figure at Madame Tussauds appeared first on The Source.