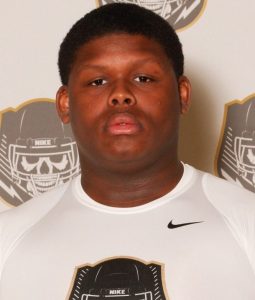 Minnesota Vikings rookie Jaylen Twyman is recovering after being shot four times as part of a triple-shooting in Washington D.C. on Monday. ESPN’s Adam Schefter reported on the situation and quoted Twyman’s agent Drew Rosenhaus. Rosenhaus says Twyman was visiting an aunt and in the “wrong place” at the “wrong time.”

Twyman was in a car when he was shot but is expected to make a full recovery.

The Vikings said in their statement they had been in touch with Twyman and his family and are “extremely thankful Jaylen is expected to make a full recovery.”

Twyman, a sixth-round pick in the April draft, played college football at Pittsburgh. The best news from this unfortunate situation is that all injuries were superficial, with no need for surgery. Hopefully, Twyman can make a speedy recovery.