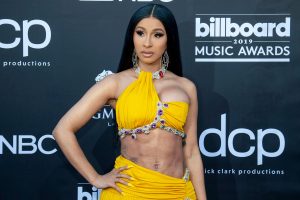 You can look out for Cardi B to return to The Family in a future Fast and Furious film. Vin Diesel spoke to Entertainment Tonight and revealed the team would be thrilled to bring back the “Bodak Yellow” superstar.

“We are very much excited to evolve her character and to expand it to the finale,” Diesel said. “She made it just in time. She came in Fast 9 just in time.

“She showed up, and within a minute, she’s part of the family, right?” Lin said. “And I love how when I got together with her, her and Vin were talking about the character because she’s actually really embedded into the overall universe. She’s been around for a long time and this is just the first time we are seeing her, so I’m really excited to explore that character of her.”

Fast 9 is set to bring the highest return at the box office after the pandemic and officially kick off the summer movie season.

The post Vin Diesel Raves Over Cardi B’s ‘F9’ Character, Says She was “Just in Time” appeared first on The Source.