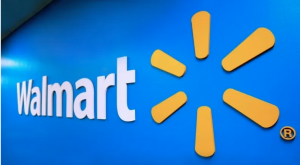 Walmart has received some staunch criticism in the past for a racial incident and racism has reared its ugly head again in the superstore as countless Walmart shoppers received an e-mail blast with “Welcome To Walmart, Nigger!” written in the heading.

According to Baller Alert, several shoppers screenshotted the racist greeting, with many asserting that it was sent to their private email that doesn’t receive spam. Some people assumed it was a phtoshopped hoax, but countless Walmart shoppers took to Twitter with screenshots of the email they received while slamming Walmart for allowing this to be sent to their customers.

Walmart has yet to respond to these scathing allegations, which doesn’t help the grocery store giant. In 2017, Walmart used the n-word to describe a Black hair care product posted on their website.

Thesource.com will update this story as details develop.

The post Walmart Receives Backlash For Sending E-Blast With N-Word appeared first on The Source.