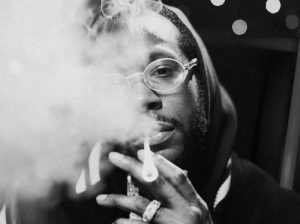 While JAY-Z’s MONOGRAM is producing some of the finest cannabis on the market, the brand is also telling amazing stories in their High Tales video series.

The first three episodes featured Jadakiss, N.O.R.E., and Tinashe, but the new edition brings in 2 Chainz. Chainz is the first guest in the (Too) High Tales as he details moments where he gets too zooted, which you can check out below.

“The news of cannabis legalization in New York is incredibly exciting,” Hov said. “It represents a long overdue opportunity for New Yorkers, for the cannabis industry, and for social equity and social justice. I’ve seen firsthand the harm inflicted for generations against black and minority communities by the war on drugs right here in New York. Today, I’m proud to see my home state join The Parent Company is paving the way for a thriving and equitable cannabis market.”

You can learn more about MONOGRAM here.

The post [WATCH] 2 Chainz Appears on MONOGRAM’s ‘(Too) High Tales’ appeared first on The Source.