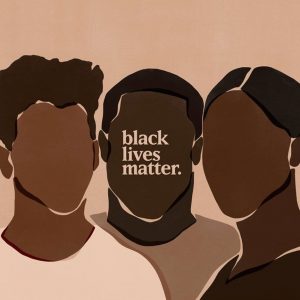 Novalee a 9-year-old girl from Minnesota, confronted the Lakeville Area School Board about allowing politics in the school despite the rules.

“The other day I was walking down the hallway at Lakeview Elementary School to give a teacher a retiring gift,” Novalee said in the video. “I looked up onto the wall and saw a BLM poster and an Amanda Gorman poster. In case you don’t know who that chick is, she’s some girl who did a poem at Biden’s so-called inauguration. I was so mad. I was told two weeks ago at this very meeting spot: no politics in school. I believed what you said at this meeting.”

She went on to say that when she told her principal about he Black Lives Matter posters and requested it be taken down, the principal not only refused, but said that the school board members were the one’s who made the posters.

“I was stunned. When I was here two weeks ago you told us to report any BLM in our schools,” Novalee claimed. “Apparently you know they are in our schools because you made the signs. I said there should be no BLM in schools, period. Doesn’t matter what color you make the posters and the fonts you use; we all understand the meaning: it is a political message about getting rid of police officers, rioting, burning buildings down while King Governor (Tim) Waltz just sits on his throne and watches. Changing the colors or the fonts of posters does not change the meaning. I am nine years old and I know that. You expect me to believe that you did not know what you were doing by making these posters? Come on, people.”

Novalee also said that she doesn’t judge people by the color of their skin, but by the way they treat her. She even went so far as to quote Martin Luther King Jr.’s “I Have A Dream” speech to the school board.

“You have lied to me and I am very disappointed in all of you. You cannot even follow your own rules. If you were gonna do that, why do we follow any rules we deemed unfair or ridiculous? I’m not following your mask rule anymore then…Get the posters out of our schools. Courage is contagious so be courageous.”

Lakeville is just 30 minutes outside of Minneapolis, where George Floyd died on Memorial Day 2020 and where the Black Lives Matter protests originated.