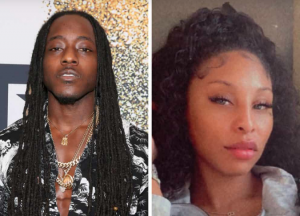 A back and forth argument on Father’s Day between Ace Hood and his baby mama has ended with some serious accusation being thrown at the ATL spitter.

Hod, whose real name is Antoine McColister, claimed that his children’s mother Shanice Tyria was preventing him from seeing his kids on Father’s Day due to financial issues, but she shot back saying that Hood owed over $95K in child support and accused the rapper of taking out a $144K Paycheck Protection Program loan, even though he has no employees.

There have been a handful of notables ho have been jammed up in PPP loan fraud including Pretty Ricky’s Baby Blue and Mo Fayne from Love And Hip Hop, who was just recently sentenced to 12 years in prison.

The post [WATCH] Ace Hood’s Baby Mama Exposes Him For Getting $144K PPP Loan appeared first on The Source.