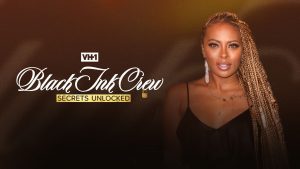 The Secrets Unlocked special kicked off last week and continues today. In an exclusive clip of episode 2, Caesar, Don, Phor, and more of the Black Ink Crew cast sit down for a drinking game of “I ain’t never ever ever,” which brings out a fun story of Caesar and the New York team escaping Korea.

Additional highlights bring forth DM sliding and saying the wrong name during sex.