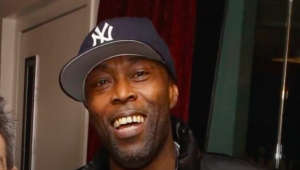 After his emotional video sending prayers to fallen legend DMX in an obviously distressed and sickly state, Bad Boy Records rapper Black Rob has now unveiled that he is homeless and his suffered from at least four strokes since his almost immediate health decline.

The 51-year-old “Whoa” rapper, whose real name is Robert Ross, let his fans and critics alike know what it has been like to walk the path of a one-hit-wonder. Rob claims that not only is he homeless, but he can be seen in the video appearing to be going through some sort of abdominal pain.