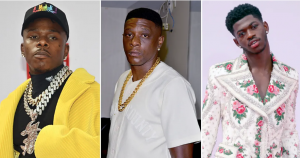 Boosie took his unapologetic point of view to IG Live, saying “Lil Nas said he wants to perform naked for charity. Like bruh, they don’t tell him nothing. They should be picking sides, man. You don’t tell his lil f***** a** nothing.”