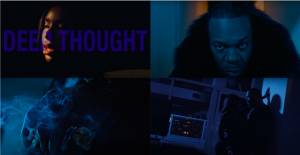 Busta Rhymes is back in his bag for Extinction Level Event 2: The Wrath of God, delivering the video for “Deep Thought.”

The new video is directed by Benny Boom and The Dragon, showing off some of the best views of the New York City skyline that you can find.

You can get more details on that release here.