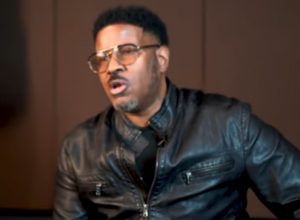 Many Hi pHop fans are familiar with the dancing duo Kid N’ Play fro mHouse Party fame, but in an exclusive interview, Chris “Play” martin revealed that during the group’s history, there was once a third member.

When Play sat down with DJ Vlad, the rapper/actor delved into the history pre-Kid N’ Play of a previous group; QuickSilver and the SuperLovers. He says that this group, along with producer Herby Luv Bug, were the instructional stages of Kid N’ Play and that there was a third member.

“Hurby’s name was Hurby Luv Bug, my name was Play, Playboy and a real great friend of mine, still to this day, he’s really the third member of Kid ‘N Play, officially, his name is Jerome, but we call him Romeo,” Play said.

See the entire interview, including his early interactions with DJ Run, who was then the DJ for Kurtis Blow, before Run-D.M.C. fame.

The post [WATCH] Christopher Martin Reveals There Was A Third Member Of Kid N’ Play appeared first on The Source.